These coaching case studies give you a flavour of EBCN’s range of clients and issues.  The page is updated regularly with new examples.  You can read more detail about each case by clicking the link to our Coaching Case Studies website. 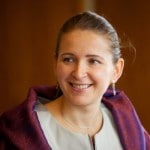 Ania’s client was appointed  country manager for Russia, Belarus, Ukraine, and Kazakhstan. She  didn’t have an engineering background in an engineering led company and was a women in predominantly male oriented market and culture. She had 12 months to significantly improve profitability in the countries she was managing. At the end of the assignment her client achieved in 12 months the results that would normally have taken 3 years.

High Growth in a Professional Firm

Jon’s client was a small, modern, professional accounting firm, which had been consistently growing at 10% pa. The owner wanted to double the size of the firm, and get more personal time, but each increase was becoming harder to achieve.  The core attributes of the firm were becoming lost as the team stretched themselves too thin to reach the growth target.

Jon worked with the business owner to understand her aims and help her establish a vision and strategy to achieve them.  He also worked with the team to improve motivation and skills.

As a result, everyone is enjoying the work again, and growth has increased to 23% pa.

Michael’s client was managing partner of a marketing consultancy with a £4m annual turnover. He was concerned that his partners were arguing too much, not working together, and not generating the business that he thought was possible.  His objectives were to:

Michael persuaded the client to agree to him conducting short confidential interviews individually with each member of the team. The anonymised feedback would help him to develop his leadership and management skills.

When collated the feedback gave the client the opportunity to come up with a simple development plan to be clearer in expressing what he expected from the team, and to listen and encourage  others views.

The effect on team working was dramatic. Each member was more enthusiastic and between them generated five new possible revenue streams. Within six months the turnover of the consultancy had increased by an additional £1m and motivation and enthusiasm had continued to rise.

Moving from Demotivated to Dynamic 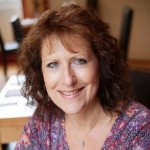 by Marianna Beckwith
Marianna’s client works in a large FE college, teaching 16-18 year-olds, many of whom have challenging behaviour. She was asked to take on a subject she was not used to teaching, to a type of student of which she had little experience.  She had problems with this particular class and had become so de-motivated that she had handed in her resignation. The manager of the department was reluctant to accept, as she was an excellent teacher.

Marianna met her client several times, including a class visit, to listen to the issues and work together on an action plan to overcome them.  The client realised that she now had some pragmatic approaches to resolve the situation. After getting positive results she withdrew her resignation and  became enthusiastic about her role.  She has now been approached by other departments to help with similar groups, as her methods have been so effective.
Read more: From demotivated to dynamic (link opens in new window).

Jon’s client runs a business in the leisure industry, selling retail goods and training services to members. However the hours and other resources put into the business were not commensurate with the returns generated, leading to lower motivation.  Working with Jon, the client worked out three objectives:

They then agreed upon the actions needed to achieve them. As a result, the client enjoyed an improved return on investment and the best year in the business. The improvements were felt right across the company and led to them winning an industry award.
The client said: “Coaching has really helped me to improve the business, it’s been a great investment which I’d recommend to any business owner”.

Michael’s client was a fast track manager in a global telecommunications company.  His career was not progressing well.  He had been offered a position as a commercial manager in a highly political division but he knew that most new managers in this division failed.

Over ten video coaching sessions, Michael and he worked out three main objectives and developed a plan to achieve them.  The client approached the new role with greater confidence and made a very positive impression. He was on track to achieve excellent financial results. 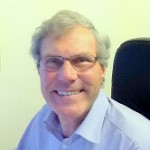 Edmund’s client was the CEO of a £30k p.a. farming business who wanted to grow his turnover to £5 million. The CEO had obtained the first round of funding to diversify into food processing.

His challenge was that his cost estimates were not correct. He could not achieve his targets with the funding he had available.

Edmund worked with him to change the business plan, correct the cost estimates, and find ways to do things more economically.  As a result, the business was saved from possible closure and turnover grew to £8 million.

Jon’s client provides services to the owners of small and medium businesses across the Northern Home Counties.

Company sales had dropped and were running at about £40 thousand p.a.  Morale was low and the owner was unsure what to do next. She had started to lose interest in the future of the company and was doing the parts of the job she didn’t enjoy, which was compounding the problem.

Together, she and Jon drew up clear objectives and an action plan to achieve them.   As a result of this renewed energy and determination, company turnover more than trebled and continues to grow.

Jon’s client provides services to a number of national and international companies.  Their turnover had grown to about £4.5 million p.a.  Recently, this growth rate had declined.

A side-effect of the business growth was problems with the management structure. The owner was too involved in monitoring and controlling the work, and the organisation was too reliant upon this one person.  The management of debtors, marketing, and stress levels all suffered.

Jon worked with the client to create a better leadership structure and a better planned workload. This allowed growth to increase again in a controllable manner.  The monthly turnover increased and the owner was able to plan ahead while his managers dealt with the day to day workload.

Michael’s client worked in the talent management section of the HR division of a multi-million pound international software company.

The team had tried a number of coaching initiatives over the years but had never had the success and recognition that they felt was deserved.

The client wanted a cost-effective coaching programme so that she could demonstrate the benefits to her team before they developed further programmes for their clients.

Michael designed a coaching programme for the team using telephone and Skype sessions.  He worked with the team to overcome customers’ initial resistance to giving feedback.  Within 12 months the number of high-achievers leaving had fallen while the number being promoted had risen. 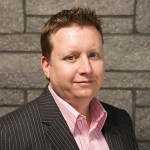 Peter’s client is the owner of a speciality flooring company with a turnover of £250 thousand p.a. They have a market niche by taking photographs of existing historic floors and producing copies on mats to protect the original floor.

They needed to increase their sales and revenue.  Peter worked with the owner to identify new prospects and to coach him in ways to drive the business forward.  As a result, revenue increased by 50% in the first year and the owner had more confidence about where he was going to take the business next.

A small but successful systems integrator, with a turnover of around £5 million, had recently employed a young general manager to run the day-to-day business. His direct reports were all at least ten years older than him and all considered themselves to be more experienced.

After nine months, sales and revenues were slightly below budget and not showing any indication of rising.  The team was not responding to the challenge with enthusiasm.  Although no staff had left, dissatisfaction levels were high and the team was very vocal about this.

The young manager was concerned for his position in the company.

Michael worked with the team and the manager to find ways they could work together more effectively.  Coaching sessions helped each side understand the other’s perspective and within three months, the budget deficit had reversed.  The manager no longer worried for his position and appreciated the benefit of external intervention.

A senior director of a major ICT company was considering a career change. He had a very good reputation and performed well.  He also had a good relationship with his boss with whom he had worked for twelve years in a number of countries and regions. Despite this, he was not happy with his work/life balance and while he could see a career path, it did not inspire him.

Michael worked with the director to find new options for his career path.  The client gained many new skills and was excited about starting a new business of his own. At this stage, he was offered a promotion within the ICT company and was able to negotiate the work/life balance he wanted.

The principal of a successful consultancy business regularly presented to groups of senior law partners.  Although her presentations led to successful business she was beginning to feel intimidated and anxious several days before.

She generally enjoyed the work and wanted to develop the business, however this fear of presenting was interfering with her career and her general state of mind.

In just a couple of hours with Michael, she found ways to overcome this fear. She is now far more confident about her abilities as well as being happier in her work.

The CEO of a start-up company with offices in the US and India needed to secure C-level meetings with senior executives in the US.  He did not know how to reach them.

With David’s help and contacts, he managed to reach a number of his target companies, and secured a contract that exceeds his first year’s business plan.

A director of a maintenance company with a turnover £25m was experiencing a decline in sales. The business had spent money on a photo shoot and new brochures and had tried a number of mailing campaigns with very little success.

Peter coached the director in the opportunities offered by new media.  He helped him develop an effective website.  The results were better than anyone expected and the company employed another salesperson to deal with the demand.

Do you want to know more about coaching? Then read the resources section at the end of this page.